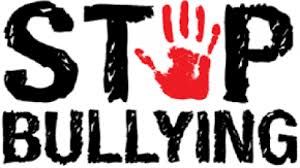 Statement of IntentHalesowen Town Colts are committed to providing a caring, friendly and safe environment for all of our members so they can participate in football in a relaxed and secure atmosphere. Bullying of any kind is unacceptable at our club. If bullying does occur, All club members or parents should be able to tell and know that incidents will be dealt with promptly and anyone who knows that bullying is happening is expected. Halesowen Town Colts is committed to playing its part to teach players to treat each other with respect. Bullying can consist of any of the below:

This is when a person uses technology i.e. mobile phones or the internet (social networking sites, chat rooms, instant messenger, tweets), to deliberately upset someone. Bullies often feel anonymous and ‘distanced’ from the incident when it takes place online and ‘bystanders’ can easily become bullies themselves by forwarding the information on. There is a growing trend for bullying to occur online or via texts – bullies no longer rely on being physically near to the young person.

This is the name given to posting deliberately offensive comments on people’s social media pages aimed at causing upset and distress. This type of behaviour could result in legal action.

Halesowen Town Colts commits to ensure our website/ websites and/or social networking pages are being used appropriately and any online bullying will be dealt with swiftly and appropriately in line with procedures detailed in this policy.

Why is it Important to Respond to Bullying?Bullying hurts. No one deserves to be a victim of bullying. Everybody has the right to be treated with respect. Individuals who are bullying need to learn different ways of behaving. Halesowen Town Colts has a responsibility to respond promptly and effectively to issues of bullying.

These signs and behaviours may indicate other problems, but bullying should be considered a possibility and will be investigated.  Bullying as a result of any form of discrimination occurs when bullying is motivated by a prejudice against certain people or groups of people. This may be because of their gender, age, race, nationality, ethnic origin, religion or belief, sexual orientation, gender reassignment, disability, or ability. Generally, these forms of bullying look like other sorts of bullying, but in particular, they can include:

• Verbal abuse – derogatory remarks about girls or women, suggesting girls and women are inferior to boys and men, or that black, Asian and ethnic minority people are not as capable as white people; spreading rumours that someone is gay, suggesting that something or someone is inferior and so they are “gay” – for example,“you’re such a gay boy!” or “those trainers are so gay!” Ridiculing someone because of a disability or mental health-related issue, or because they have a physical, mental, or emotional developmental delay. Referring to someone by the colour of their skin, rather than their name; using nicknames that have racial connotations; isolating someone because they come from another country or social background etc.• Physical abuse – including hitting, punching, kicking, sexual assault, and threatening behaviour.• Cyberbullying – using online spaces to spread rumours about someone or exclude them. It can also include text messaging, including video and picture messaging.

If the club decides it is appropriate for them to deal with the situation we will follow the procedure outlined below:

Prevention:• The club will have a written constitution, which includes what is acceptable and proper behaviour for all members of which the anti-bullying policy is one part. • All club members and parents will sign to accept the constitution upon joining the club

The Club Welfare Officer will raise awareness about bullying and why it matters, and if issues of bullying arisein the club, will consider meeting with members to discuss the issue openly and constructively.