Halesowen Town Colts formally known a Halesowen Royal British Legion Colts Football Club in 1984/85.  In which the home ground was at Newfield School.  The team was formed by Tim Jones, Bob Watkins, John Edwards, Michael Forrester, Keith Jones, Barry Guest, John Barfoot and Dave Collins with a few others joining the committee later one in the history of Halesowen Royal British Legion Colts .  The teams played in the Stourbridge & District Youth Football League and played in blue home kits which is still the home colours today.

The club had a very good reputation with club honours including: 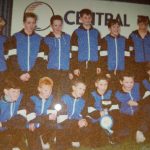 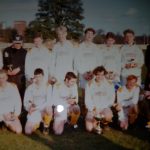 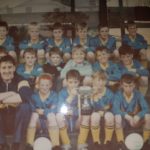 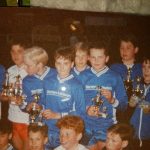 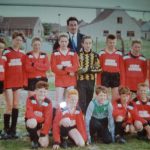 In 1988/89 Halesowen Town Colts Football as known today was formed with an alliance with Halesowen Town Football Club and were sponsored by British Airways. Where the home pitch was Earls High School and a few of our teams still play on the same pitch. Again the club did very well will lots of honours.

Moving on to the 20th Century and where are we now?  Well its an exciting club with many more teams, a central training venue at Leasowes Sports Club, all the teams have a training kit provided by the club and a blue home and volt as the away kit option. Charter Standard Development Club with teams playing in Stourbridge District Youth Football League, Junior Premier League and Midlands Junior Premier League.  We are a grassroots club that want every child who is interested in football to have FUN!