We currently have 3 teams at under 10’s within the  club. U10 JPL squad playing saturday football and the others playing sunday league football within the SDYFL.  All coaches are at least  FA 1 qualified.  To find out more about each team please visit their respected pages:

The Football Association Laws for Mini-Soccer. The below provides the guidance on games for Under 9 and Under 10 versions of the game, with children playing a maximum of 7v7.

Please remember:
Under 9’s are not permitted to play in leagues where results are collected or published or winner trophies are presented, this is deemed to be detrimental to the development of the player and the game and will not be sanctioned.

Under 9’s can play in a maximum of three trophy events during the season, lasting a maximum of four weeks each. These are short-term experiences helping children learn about winning and losing in an appropriate environment. The winners of these events can be published and trophies can be presented.

No league tables or scores are to be published. 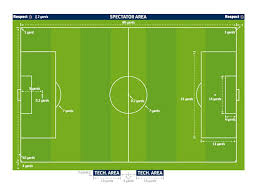 Halfway Line
The field of play is divided into two halves by a halfway line. The centre mark is indicated at the mid-point of the halfway line. This is also used as the retreat line when restarting play with a goal kick.

Number of Players
Maximum number per team, including goalkeeper Under 9 and U10 7v7

The Game
A match may not START if either team consists of fewer than five players. The minimum number of players in a team required for a match to CONTINUE is also five. Matches can begin with 7v6 but the importance and ethos of Mini-Soccer should be upheld wherever possible and the development of the children should come before the score line.

Players must play with and against players only from their own age range, as per Football Association and Competition rules. Each team must not have a squad greater than double the size of the team per age. Any number of substitutes, without being named, may be used at any time with the permission of the referee. A player who has been replaced may return to the playing area as a substitute for another player. All team members should receive equal playing time where possible, with a best practice recommendation of at least 50% per player for each game.

Playing Equipment
Players must wear shin guards and goalkeepers must wear a distinguishing playing strip. Shin guards must be covered entirely by the socks. Players must wear the appropriate clothing dependant on the weather. Correct footwear must be worn for the surface of the pitch e.g. no metal studs on artificial grass pitches.

Referees
Each match is controlled by a referee who has full authority to enforce the Laws for Mini-Soccer in connection with the match to which they have been appointed. Furthermore, referees should also recognise their role is to facilitate learning of the players, for example, allow young children to take a second attempt at a throw-in if the first is not within the Laws.

Duration of the Game
In any one day, no player shall play more than 60 minutes. It is the responsibility of the parent/carer or organisation to ensure the child does not exceed this. Each league/competition will determine its own playing time within the maximum time permitted however the maximum duration will be two halves of 25 minutes. It is permitted during development matches that the periods of play can be split into equal quarters.

The half time interval must not exceed 5 minutes.

Please refer to the Standard Code of Rules for Youth Competitions.

League/competition will determine its own playing time within the maximum time permitted however the maximum duration will be two halves of 25 minutes.  It is permitted during development matches that the periods of play can be split into equal quarters.
The half time interval must not exceed 5 minutes.

Method of Scoring
Normal rules apply, as per Laws of Association Football.

Offside
There is no offside.

Fouls and Misconduct
Normal rules apply, as per Laws of Association Football. However, in Mini-Soccer all free kicks are direct. A free kick is awarded to the opposing team if the goalkeeper:
• Takes more than 6 seconds to release the ball from his/her hands
• Touches the ball again with his/her hands after it has been released from his/her
possession and has not touched any other player

For all these offences, the free kick should be taken from the penalty area line,
parallel with the goal line, at the nearest point to the offence.

Free Kicks
For all free kicks opponents must be 5 yards from the ball.

Penalty Kicks
Position of the Ball and the Players. All players except the defending goalkeeper and kicker must be outside the penalty area and at least 5 yards from the penalty mark.  The ball must be kicked forward.

Throw-in
The role of the referee is to also allow young players to learn the game. This may involve letting players take throw-ins again, if incorrect technique is used. The referee should ensure the same player attempts a second time, with guidance and help from the match official.

Goal Kick
Procedure: A player of the defending team kicks the ball from any point within the penalty area.
Opponents must retreat to their own half until the ball is in play. The defending team does not have to wait for the opposition to retreat and has the option to restart the game before should they choose to. The ball is in play when it is kicked directly out the penalty area.

Corner Kicks
The opposing players must remain at least 5yards from the ball until it is in play. The kicker may not touch the ball again until it has touched another player. If he/she does, a free kick is awarded against them.